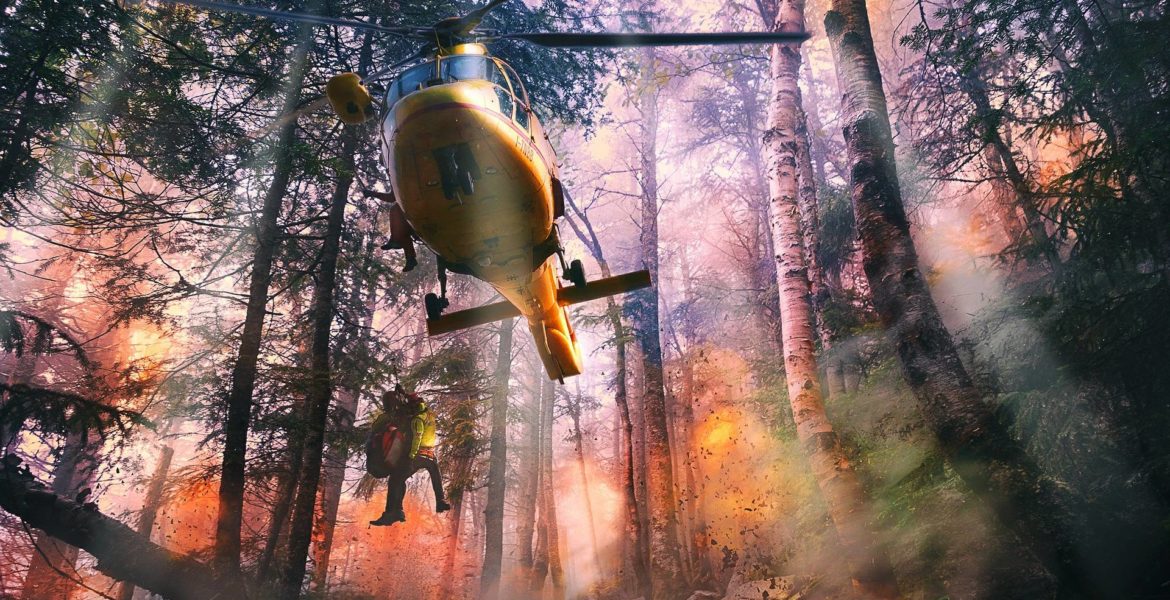 6 Tactics Firefighters Use to Fight Wildfires

Summer is on its way, which means wildfire season will soon be upon us. With the record-breaking wildfires we’ve been having over the last few seasons in B.C., it is now more than ever imperative to employ the best strategies possible when supressing wildfires. Many people only think of water suppression when they think of firefighting, but there are actually a number of other specialized techniques used to control wildfires.

A control line is the boundary that contains the wildfire. These lines can be naturally occurring, in the form of a river or mountain ridge, or they can be man-made lines where the brush has been cleared and a ditch dug in order to keep a fire from spreading. When you hear that a wildfire is contained to a certain area, that area is most likely bordered by control lines.

Aircrafts and drones are used to survey wildfires from above in order to determine exactly how large a fire is and which points require the most immediate attention from firefighters. This allows officials to get a bird’s eye view of the fire in order to plan and implement the most appropriate suppression strategy.

When a wildfire occurs near a large body of water, helicopters and airplanes can be employed in firefighting. The aircrafts are equipped with large buckets dangling beneath them which can be flown down to the water and used to scoop it up to be dropped onto the fire. The water is often combined with retardant in order to help supress the fire even more effectively.

Cold trailing is when firefighters go through a section of land that has already been burned by a wildfire and inspect it for any glowing embers, which are supressed when found. Even if an area that a wildfire moved through may no longer be on fire, it is still a hazard because the scorched earth can easily contain hot coals that can be picked up by the wind and blown somewhere else to begin a new fire.

Controlled burning, also called “backburn” and “firing out” is, quite literally, fighting fire with fire. Firefighters will sometimes burn all of the vegetation on the inside of a control line in order to get rid of fuel for the fire and prevent it from trying to cross the control lines. Usually small torches are used for this tactic, but sometimes explosives are employed for larger trees or to burn an area more quickly. While it may seem counterintuitive to burn brush intentionally, this is an effective way of preventing a fire from raging out of control by minimizing the amount of flammable material surrounding the blaze.

Of course, this is only a brief outline of the complex and technical world of wildfire fighting. If you want to learn more or get training in wildland firefighting, see more about SPIEDR’s training services here. SPIEDR also offers consulting services to determine an appropriate wildfire reduction strategy through assessment, reporting, and implementation. Learn more here.