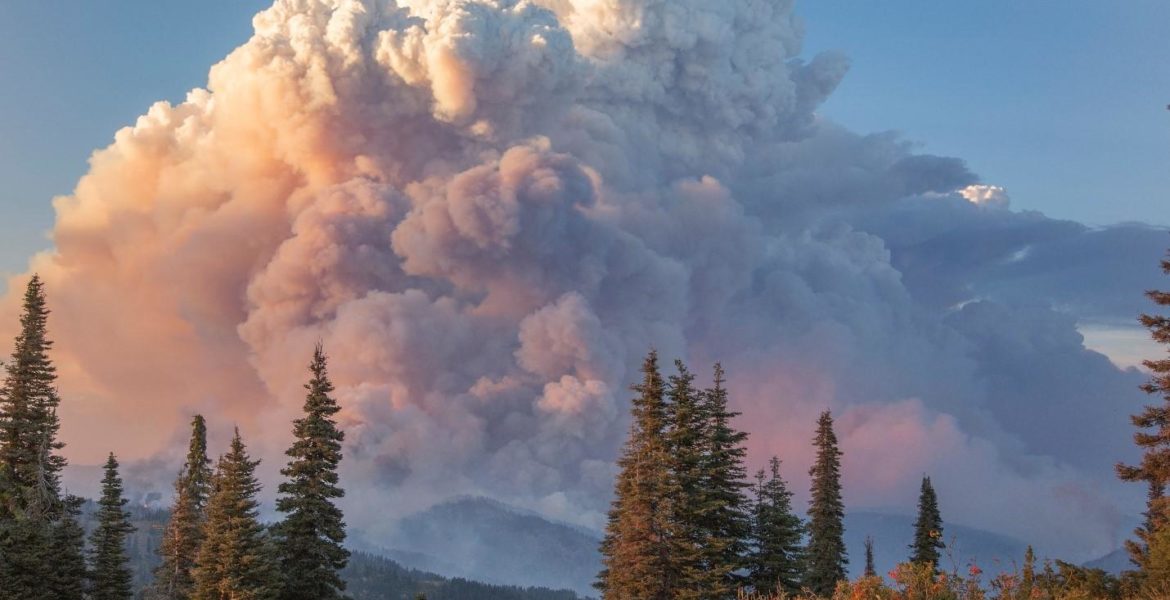 Storms are not necessarily a harbinger of rain and fire suppression, although we may think of them that way more often that not. Thunderstorms can actually cause wildfires, and wildfires can cause thunderstorms. In order to best prepare for the fire season, it is important to understand exactly how the weather can affect forest fires and vice versa.

During those dry days of wildfire season, many people rejoice to see big, dark clouds rolling in because we assume that any rain is a good thing for preventing and suppressing forest fires. However, even with precipitation, thunderstorms often make wildfires worse, not better.

Windy storms can pick up and drop hot embers and flaming debris, starting new fires nearby existing ones. Strong wind can also blow flames from tree to tree, spreading wildfire along the treetops. This type of fire is called a “crown fire.” In addition to spreading existing fires, thunderstorms often spark new fires as well from lightning strikes.

The reason why PyroCbs generally do not produce any or only a small amount of rain is because the smoke particles from the fire prevent water molecules from coming together. Precipitation-free lightning storms start new fires easily, because the newly-sparked fire does not have rain suppressing it at the same time. These storms can do as much damage as a moderately sized volcanic eruption. With the hotter, drier wildfire seasons that we’ve been seeing in recent years, forest-fire-caused storms have been occurring more frequently and firefighters must be more prepared than ever to take on and prevent fires caused by PyroCbs.

Precipitation-free dry thunderstorms that aren’t caused by wildfires are also common occurrences. Dry lightning produced by these storms is the number one natural cause of wildfires.

Dry thunderstorms usually happen when temperatures are high in the summer months. Heat gathers beneath a thundercloud and whatever rain the cloud produces evaporates because of the heat. All or most of the rain evaporates on the way down, never making it to the ground. Sometimes a little bit of rain is produced without evaporating, but not enough to prevent or suppress fire.

With the hotter, drier wildfire seasons and more frequent wildfire-caused thunderstorms, forest-fire prevention and suppression is more important now than ever before. Spiedr provides professional wildfire consulting, training, and equipment. To learn more, contact us today.