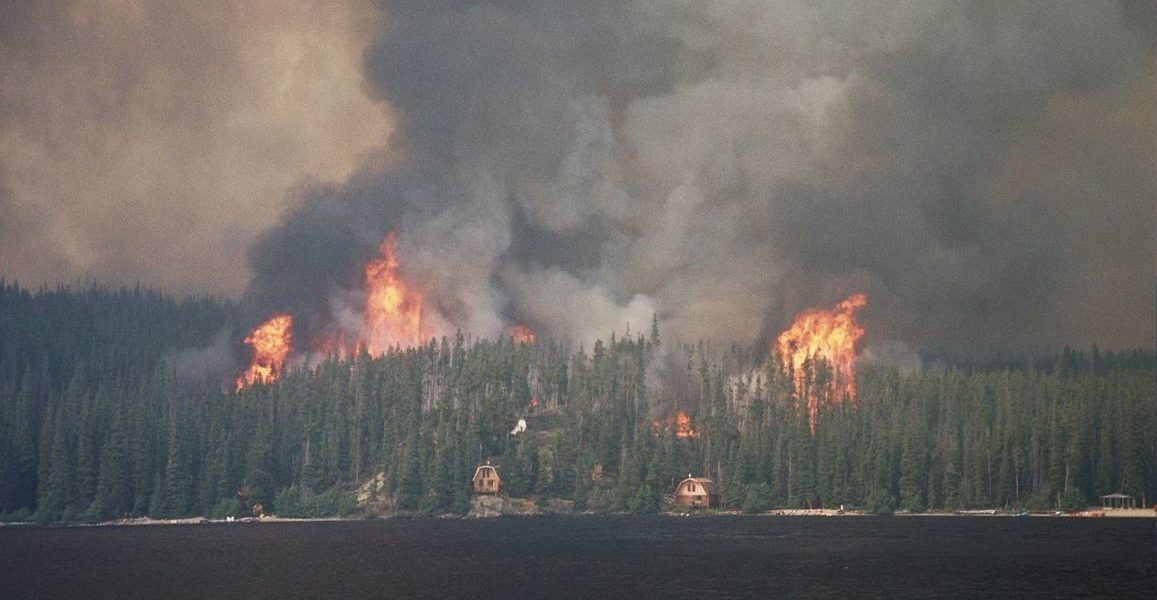 This summer’s relative lack of wildfire in British Columbia had Vancouverites breathing a sigh of relief, but the last few years of heavy smoke in the province has more and more people thinking about the consequences of forest fire smoke in regard to health and the environment.

Despite the respite in BC this year, overall the intensity and frequency of wildfires in North America is still increasing. This means that the overall effects of increased wildfire on our health and our climate are just now being fully explored and speculated upon. The world is changing rapidly and the more we understand how these changes impact us, the better we can prepare for the future.

When the air begins to fill with smoke, the first thing we need to think about is how it can impact our health. Smoke inhalation has a negative affect on the lungs and heart, and exposure to too much wildfire smoke can cause coughs, breathing difficulties, sore eyes, asthma, dizziness, sore throat, headaches, and heart attacks. Wildfire smoke is especially hazardous to children, those who are pregnant, the elderly, and people with respiratory problems.

If there is noticeable smoke in the air, it is a good idea to limit the amount of time you spend outdoors, don’t engage in vigorous physical activity outdoors, wear a mask, and consider running HEPA filters in your home.

Smoke and the Climate

To make it easier to conceptualize, it can be helpful to look at wildfire pollution in relation to the kinds of human-produced pollution that we are more used to thinking about. It is estimated that the California wildfires in October 2017 produced the same amount of CO2 in a week that all of the cars in California produce in one year. A particularly hot 500,000 acre forest fire will produce an amount of C02 that is equivalent to the amount of C02 produced by 6 coal power plants over the course of one year. This gives a glimpse into just how much of an impact wildfire smoke can have in terms of environmental pollution.

The issue of wildfire smoke pollution is a cyclical problem. Climate change is causing worse, more intense forest fires and these megafires are contributing to climate change. This means that the issue is probably going to get worse before it gets better, and so it is imperative that we gain a better understanding on the adverse effects of wildfire smoke and take measures to maintain health and safety in regards to ourselves and our environment.

Learn more about our services.